The vice chancellor of York University, Koen Lamberts, singled out three key areas showing the most promise with regard to their commercial scale and ability to improve engagement between academic institutions and business.

In a recent interview, he outlined his views: “We don’t want handouts in the North. “We want to be able to demonstrate there is real strength in the North and then the investment will follow.”

He went on to say the North can become a national and international leader in media such as video game development and new film production techniques by combining state-of-the-art technology with creativity. Referring to the investment fund’s new studio space at the former RAF airfield, Mr Lamberts added: “Look at what Screen Yorkshire is doing and how it is developing with Church Fenton.” 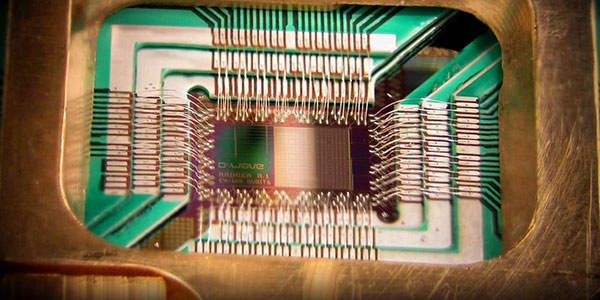 Mr Lamberts said bioeconomy is another field for cutting edge research at York. Bioecononomy is based on using renewable plant and animal resources to produce food, fuels and other materials.

He said: “The bioeconomy is very important internationally but also for Yorkshire because we are an agricultural region and there are lots of companies of all sizes and scale that are active around the bioeconomy.”

The University of York has a biorenewables development centre and is leading a £16m project to develop sustainable and secure food supplies. In June 2015 the university secured funding of over £2m from the Education Funding Council for England (HEFCE) to help grow the UK’s bioeconomy. As interest in sustainable resources grows, the production of renewable biological resources and their conversion into food, feed, biofuels, chemicals and other materials is creating multibillion pound markets. The new funding will help UK businesses, particularly those based in Yorkshire and Humber, capitalise on these new opportunities. It will also stimulate sustainable economic growth, encourage inward investment and create high-value jobs.

Mr Lamberts added: “We want to contribute to our environment. It is also a great way to get our research out in the real world. We don’t want to do research that just stays in academia. We want to translate our basic research and science into products and processes and businesses that really benefit.”

Quantum technology is the third field he mentioned. York is working with telecoms giant BT on the “technology of the future”, said Mr Lamberts. He added: “It is about using the principles of quantum physics to establish highly secure communication channels. It is about sharing encryption keys in ways that are entirely secure because we could tell if somebody actually intercepted the sharing process.”

Since he became vice chancellor two years ago, Mr Lamberts, who was born in Belgium, is committed to developing the campus and expanding students numbers at York University. His priorities are for the institution to be world-leading in research, teaching and student experience.
York has 16,000 students, nearly a quarter of whom are international, and 3,200 employees. Annual revenues exceed £300m.

A prestigious member of the Russell Group of research-intensive universities, York is ranked 131st in the world universities league table.

Has vice chancellor, Mr Lamberts is keen to work with businesses, both locally and internationally. And he wants the University of York to play a key role in the Northern Powerhouse. “What we want to work towards is to demonstrate, just by showing strength, that there is a lot of potential across the entire region, not just the metropolitan areas like Manchester, Leeds and Sheffield, but also in the smaller cities like York, where there is a tremendous skill base, very good universities and a very strong business ethos,” he said.